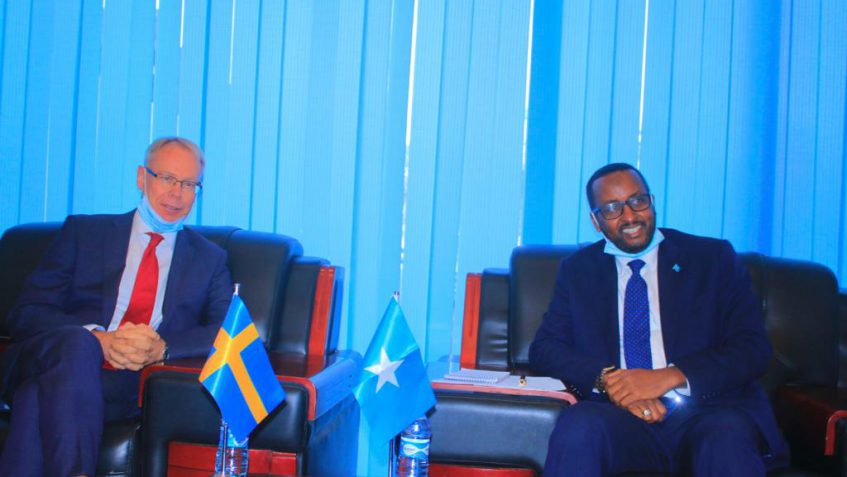 Mogadishu (MfaSomalia) – The State Minister for Foreign Affairs and International Cooperation, H.E. Mr. Balal Mohamed Cusman, received on Monday in the capital Mogadishu a copy of the credentials of H.E. Mr. Per Lindgärde, the Ambassador of the Kingdom of Sweden to the Federal Republic of Somalia.

During the meeting, the State Minister for Foreign Affairs and International Cooperation welcomed the new Swedish ambassador, noting the distinguished relations between Somalia and Sweden, wishing him success in performing his duties to advance the bilateral relations between the two countries to closer cooperation in various fields.

For his part, the Ambassador of the Kingdom of Sweden expressed his happiness at representing his country in Somalia and praised the relations and cooperation between the two countries, stressing that he will make every effort to develop these relations to meet the common aspirations between the two friendly countries and peoples.