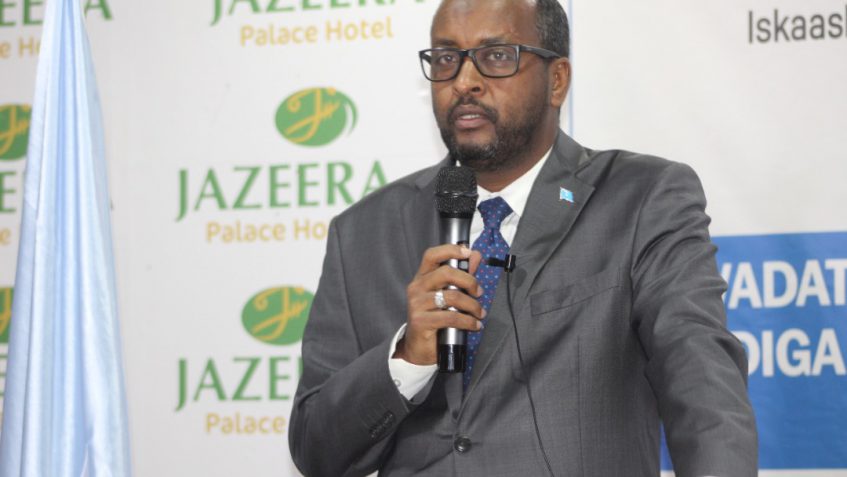 Mogadishu (MFASomalia) – The State Minister for Foreign Affairs and International Cooperation, H.E. Mr. Balal Mohamed Cusman, affirmed that the consultation on the national diaspora policy is in its final touches, calling on the committee of senior advisors in the Ministry to express their bright ideas and creative advice.

The State Minister for Foreign Affairs and International Cooperation said on Monday, in a meeting of senior advisors of the ministry, which was held in the capital Mogadishu, that the Somali diaspora play a strong role in reviving the country’s economy, rebuilding and investing it.

The Advisory Committee of the Ministry of Foreign Affairs and International Cooperation includes former ambassadors and experienced diplomats headed by Ambassador Dr. Elmi Ahmed Duale and they have high-level tasks in the ministry.

The Director of the Diaspora Department at the Ministry of Foreign Affairs, Mr. Ibrahim Gure Mohamed, thanked the International Organization for Migration (IOM) for facilitating the various consultative work of the department, noting that his team is collecting proposals and opinions submitted to integrate them into the national diaspora policy, which is expected to be officially presented in late May.