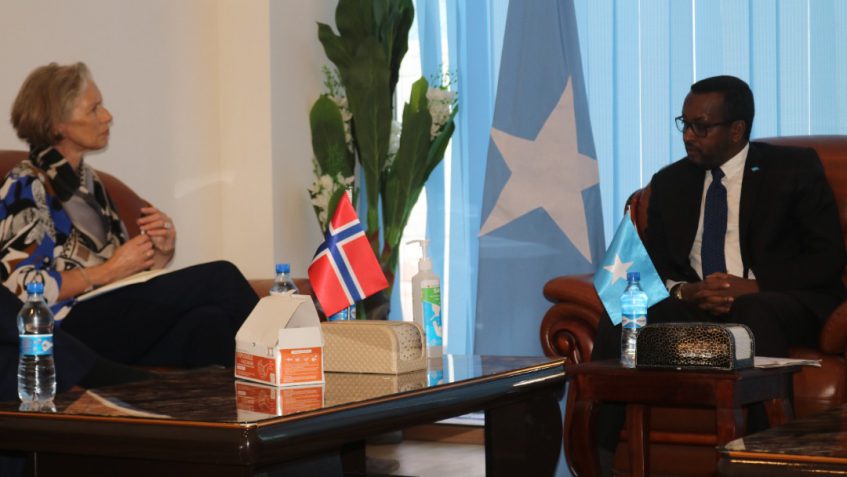 Mogadishu (MfaSomalia) – The State Minister for Foreign Affairs and International Cooperation, H.E. Mr. Balal Mohamed Cusman, received today in the capital, Mogadishu, the Norwegian Ambassador to the Federal Republic of Somalia, Her Excellency Ms. Elin Bergithe Rognlie, and discussed with her the strengthening of bilateral relations and cooperation between the two countries.

The Norwegian ambassador stated that she had started arrangements to reopen a permanent diplomatic office in Mogadishu to facilitate official and service work, revealing that the Norwegian Directorate of Immigration recognized the Somali passport, and expressed her country’s support for the electoral process in Somalia.

For his part, the State Minister for Foreign Affairs and International Cooperation affirmed Somalia’s keenness to strengthen its relationship with Norway, where a large Somali community resides, which has a developmental and constructive vision, noting the importance of expanding the strategic partnership to achieve the common interests of the two friendly countries.