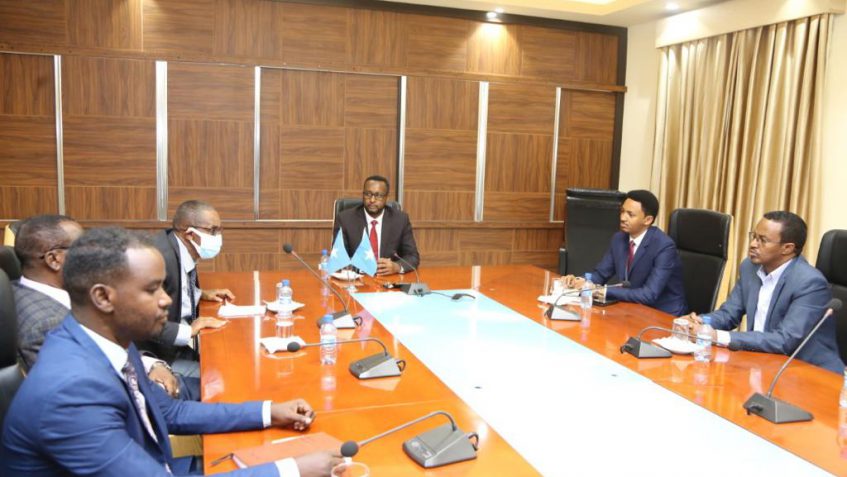 Mogadishu (MfaSomalia) –  The State Minister for Foreign Affairs and International Cooperation, H.E. Mr. Balal Mohamed Cusman, chaired on Monday in Mogadishu a meeting in which the arrangements for reunification of governmental and parliamentary protocol departments were discussed and the development of joint work methods to avoid any confusion in the tasks of the official protocols.

The meeting, in which the directors of protocol departments in the Ministry of Foreign Affairs and International Cooperation, the Presidency Office, the Prime Minister’s Office and the Office of the Speaker of the People’s House of the Federal Parliament of Somalia, focused on drawing up an action plan for the national protocol, including receptions, events, organizing immunities, exemptions and diplomatic privileges, and dealing with matters related to them, taking into account the relevant international agreements as well as the principle of reciprocity.