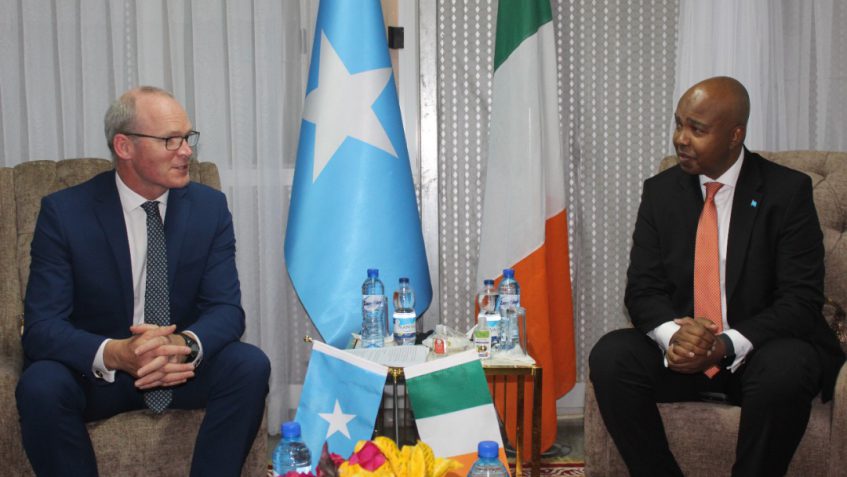 The Irish delegation’s visit to the country comes to strengthen economic relations and cooperation between the two friendly countries. The delegation held meetings with the Minister of Defense, H.E. Mr. Hassan Hussein Haji, and the Prime Minister, H.E. Mr. Mohamed Hussein Roble.

In the bilateral meeting, many issues related to the relationship were discussed, including the Somali parliamentary and presidential elections, cooperation in many areas, including Somalia’s campaign in the UN Security Council to completely lift the arms embargo imposed on it on January 23, 1992, security support and AMISOM’s mission.