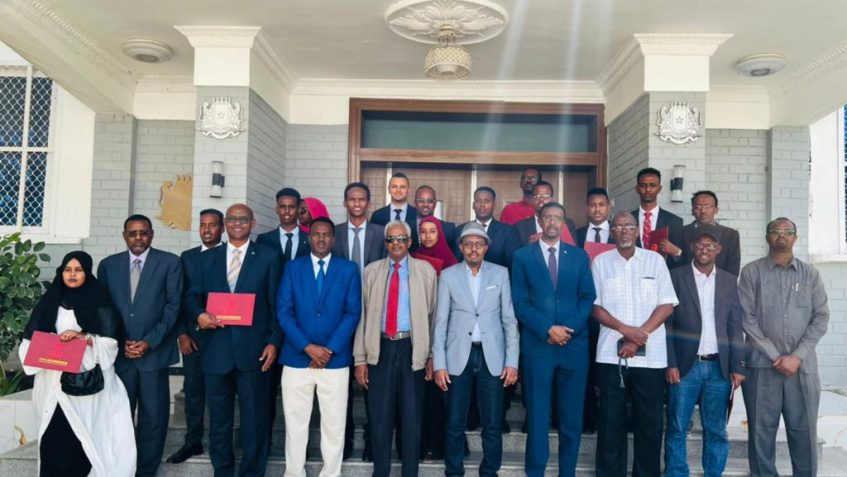 Mogadishu (MFASomalia) – The Minister of Foreign Affairs and International Cooperation, H.E. Mr. Abdisaid Muse Ali, handed over, on Thursday in Mogadishu, certificates of completion of an online basic course on the Chinese language to 20 employees from all departments of the ministry.

The Chinese language course, organized by the Beijing International Chinese College(BICC), lasted from November 9-29, 2021, during which lessons on leadership and diplomacy were offered, as well as the history of the ancient Somali-Chinese relations.

The ceremony of handing over certificates to employees, which was held at the Diplomatic Institute, was attended by the Deputy Minister of Foreign Affairs and International Cooperation, H.E. Mr. Mohamud Abdi Hassan (Pekos), the Permanent Secretary of the Ministry, Amb. Mohamed Ali-Nur Haji, and the Director of the Diplomatic Institute, Mr. Abdiwali Hassan Hussein (Fadilatahu). 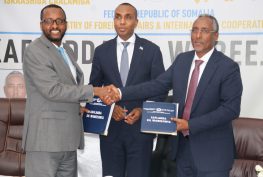 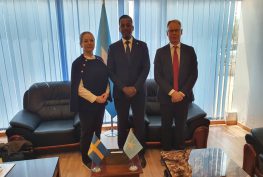