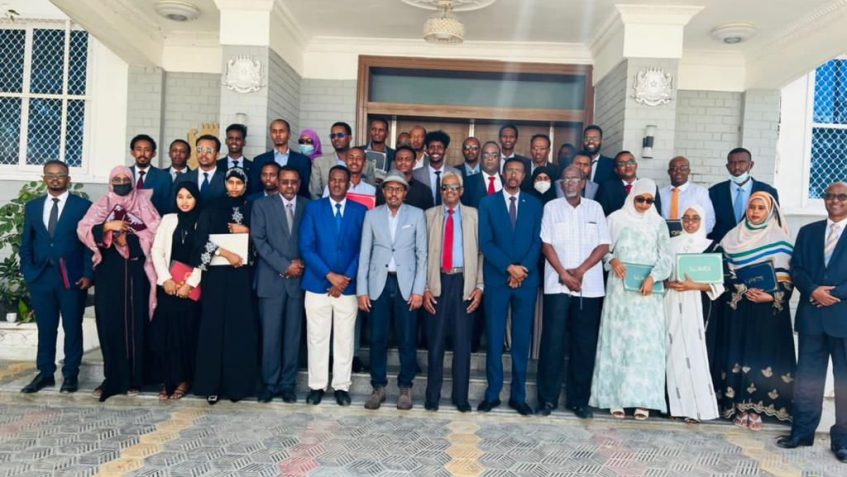 The training course organized by the Diplomatic Institute, running from January 5 to 27, focused on basic lessons in diplomacy and protocol, as confirmed by the Director of the Institute, Mr. Abdiwali Hassan Hussein (Fadilatahu), who expressed his hope to conduct multiple training courses for all Somali diplomats with the aim of career development and prepare them scientifically and practically as a way to improve the performance of workers in their duties and responsibilities to achieve the desired goal.

Addressing the ceremony, the Minister of Foreign Affairs and International Cooperation stated that the institute is prepared for training to provide appropriate courses to cover educational needs in Somali diplomacy to improve the level of service.

The closing ceremony was attended by the Deputy Minister of Foreign Affairs and International Cooperation, H.E. Mr. Mohamud Abdi Hassan (Pekos), the Permanent Secretary of the Ministry, Amb. Mohamed Ali-Nur Haji, and some directors of the Ministry’s departments.