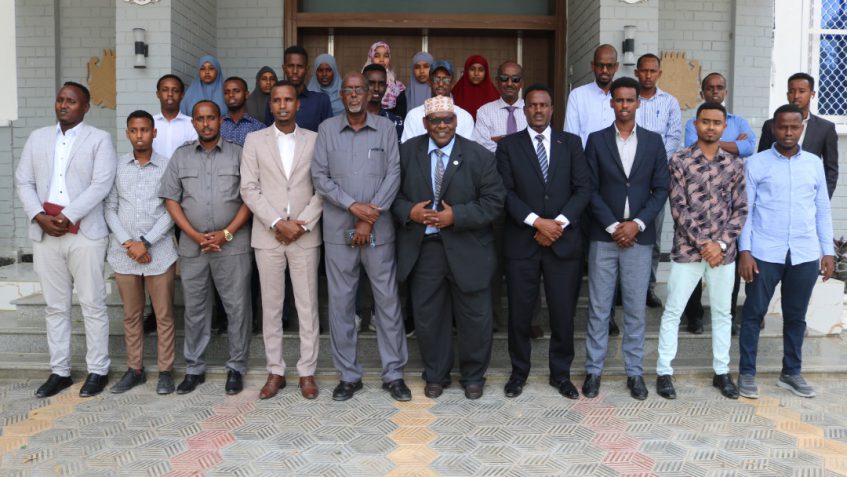 Mogadishu (MfaSomalia) –  The Diplomatic Institute of the Ministry of Foreign Affairs and International Cooperation organized its sixth weekly lecture on Wednesday “November 3” on the history and levels of the country’s elections, which was delivered by the Member of the People’s House of the Federal Parliament of Somalia, Hon. Prof. Mohamed Omar Talha, in the presence of the Institute’s Director, Mr. Abdiwali Hassan Hussein (Fadilatahu).

MP Talha presented an overview of the electoral reality in Somalia and the challenges it faced between 1960 – 1969, and the Somali citizen did not vote in parliamentary, presidential and municipal elections since 1969 due to the military coup that ruled the country for 21 years and the fierce civil wars.

The Federal Government of Somalia has made several attempts to hold general elections to be voted by the people, but many challenges prevented them from being held.