Mogadishu (MfaSomalia) – The Diplomatic Institute of the Ministry of Foreign Affairs and International Cooperation organized its seventh weekly lecture on Wednesday “10 November” on the history of the Somali language, which was delivered by Abdulkadir Nur Hussein “Maax”, chairman of the Somali Academy of Sciences and Arts, in the presence of the Institute’s Director, Mr. Abdiwali Hassan Hussein (Fadilatahu).

Abdulkadir Maax spoke in depth about the importance of the Somali language to the Somali nation and the stages of its history and writing, as Somali is part of the Cushitic languages ​​spoken by some ethnicities in the Horn of Africa.

The Somali language, which is spoken by about thirty million people, mostly concentrated in Somalia, Kenya, Ethiopia and Djibouti, is the official national language of the Federal Republic of Somalia, and it is from the Afroasiatic language family. It was officially written in the Latin alphabet in 1972, and a campaign to write it began in 1920, but it succeeded Only in the early seventies of the last century. 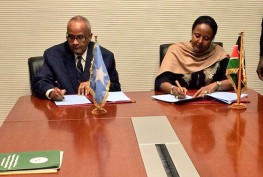 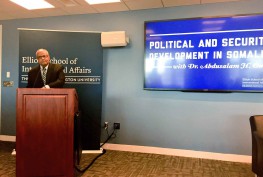 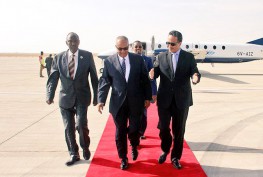 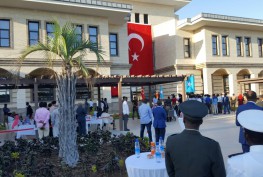