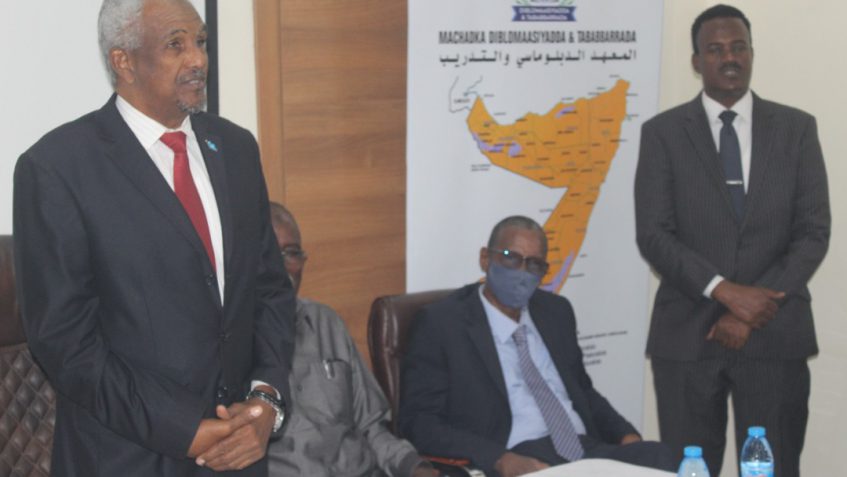 Mogadishu (MFASomalia) – The Deputy Minister of Foreign Affairs and International Cooperation, H.E. Mr. Mohamud Abdi Hassan (Pekos), inaugurated, on Wednesday in Mogadishu, an introductory course on diplomacy and protocol organized by the Diplomatic Institute, in which 42 participants from the ministry and the institutions of the Somali federal government participated.

Director of the Diplomatic Institute, Mr. Abdiwali Hassan Hussein (Fadilatahu), stated that the course, which will last from February 16 to March 20, will take various topics on diplomacy and related subjects.

The Deputy Minister of Foreign Affairs and International Cooperation stressed the importance of such courses, which contribute to strengthening the capacity-building of individuals and institutions concerned with politics, security and the economy, praising the institute’s role in intensifying its various activities and programmes.

In turn, the Permanent Secretary of the Ministry of Foreign Affairs and International Cooperation Amb. Mohamed Ali-Nur Haji said that the Diplomatic Institute offers an integrated and wide-ranging capacity-building program, which includes training and professional supervision, which contributes to achieving the desired goals to reach international decision-making positions.