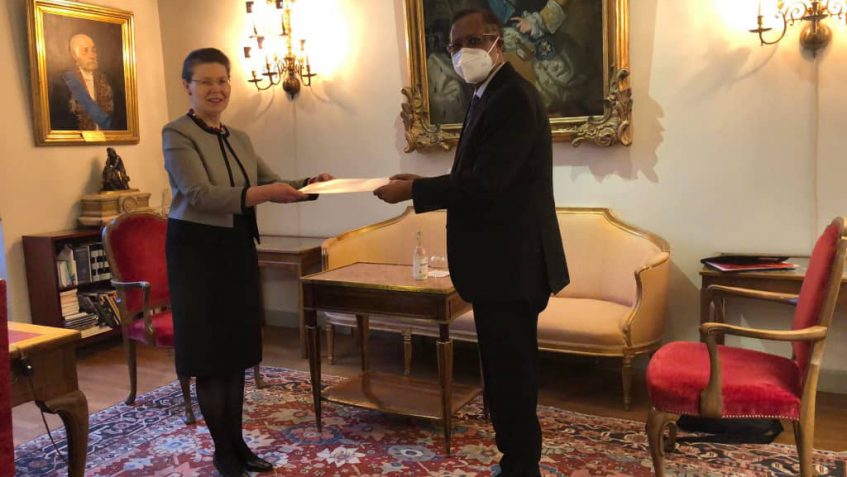 Stockholm (MFASomalia) – The Ambassador of the Federal Republic of Somalia to the Kingdom of Sweden, H.E. Mr. Mohamed Hassan Abdi, handed over his credentials on Thursday (3 February) to the King of Sweden, His Majesty King Carl XVI Gustaf, through the Chief of the Protocol Department at the Swedish Ministry of Foreign Affairs, Ambassador Maria Christina Lundqvist.

The ceremony will be held at a later time due to the precautionary measures taken by the Swedish authorities to confront the spread of the Corona virus.

Ambassador Mohamed Hassan Abdi expressed his aspiration to work in Sweden, saying, “It is a great honor for me to hand over my credentials representing Somalia to the King of Sweden.”

Ambassador Mohamed Hassan valued Somalia’s friendly relations with Sweden as a distinguished partner, stressing the importance of strengthening bilateral relations between the two countries in a way that contributes to expanding horizons of cooperation and achieving common interests in various fields.