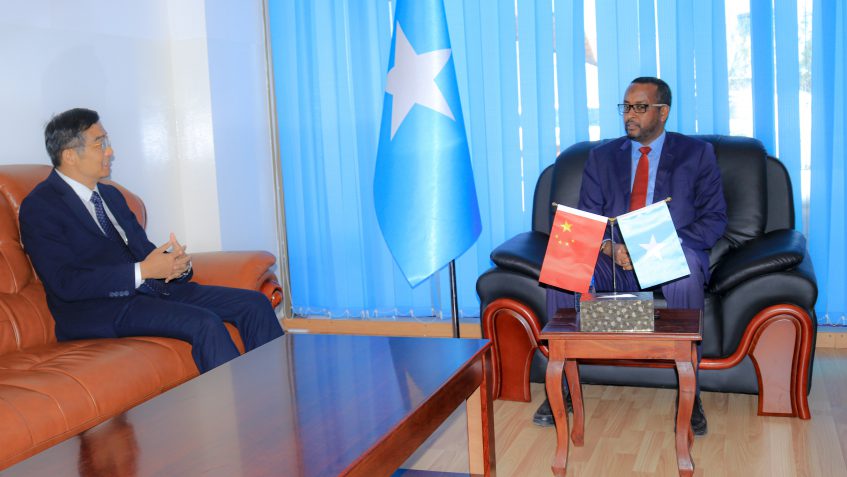 Mogadishu (MFA Somalia) – The Acting Foreign Minister and State Minister for Foreign Affairs and International Cooperation, H.E. Mr. Balal Mohamed Cusman, received, on Monday (May 30) in the capital, Mogadishu, H.E. Mr. FEI Shengchao, the Ambassador of the People’s Republic of China to the Federal Republic of Somalia.

The meeting touched on bilateral relations and joint cooperation between the two friendly countries and peoples and ways to strengthen and deepen them, in addition to China’s contributions to the reconstruction and equipping of the offices of the Ministry of Foreign Affairs. The Acting Foreign Minister and the Chinese ambassador signed the supplementary project for the reconstruction of the ministry in its first and second faces, as they agreed to expedite the remaining construction project.