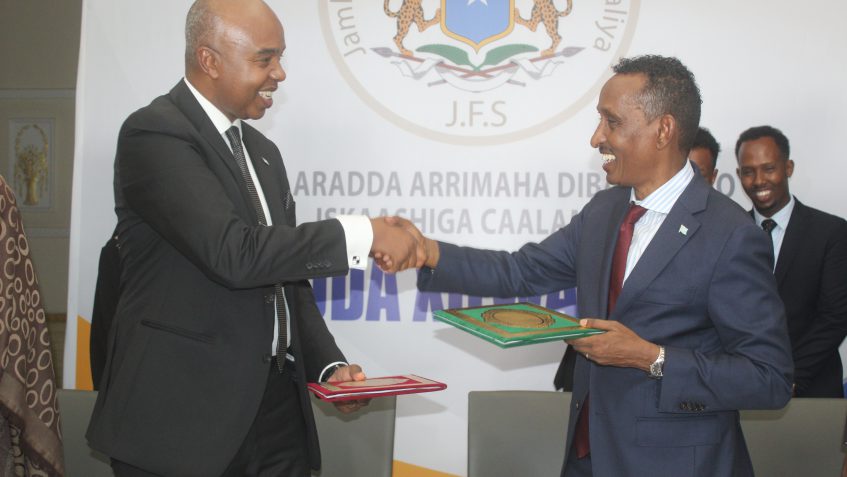 
Mogadishu (MfaSomalia) –  The Minister of Foreign Affairs and International Cooperation, H.E. Mr. Mohamed Abdirizak Mohamud Abubakar, on Saturday, officially assumed office from his predecessor, H.E. Amb. Ahmed Isse Awad, in a ceremony held in the Ministry of Foreign Affairs building, in the presence of some ministers, members of the People’s House and Senate, ambassadors and diplomats.

The new Foreign Minister, H.E. Mohamed Abdirizak , thanked His Excellency President Mohamed Abdullahi Mohamed “Farmaajo” and Prime Minister His Excellency Mr. Mohamed Hussein Roble for giving him the opportunity to lead the ministry, expressing his hope that much will be accomplished in a march full of dedication to serve the country and the Somali people.