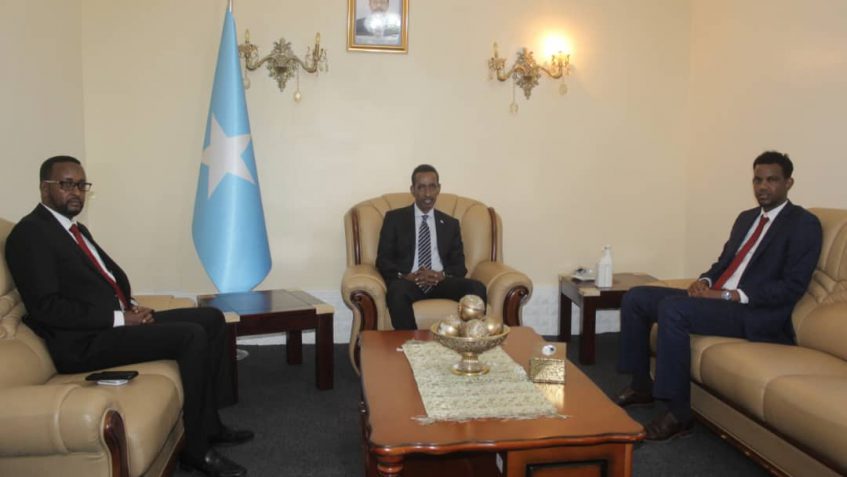 Mogadishu (MfaSomalia) – The Minister of Foreign Affairs and International Cooperation, H.E. Amb. Ahmed Isse Awad, welcomed today at the Ministry’s building in the capital Mogadishu, the new State Minister for the Ministry and also the Deputy Minister who were among the members of the new formation of the Ministerial Council appointed by the Prime Minister, H.E. Mr. Mohamed Hussein Roble on October 20, and endorsed by the People’s House of the Federal Parliament of Somalia in October 24th by a majority vote.

It is noteworthy that Amb. Ahmed Isse Awad is a member of the new ministerial council, and he was reappointed to the position for the second time. Awad was appointed as Minister of Foreign Affairs and International Cooperation on January 4, 2018 by the former Prime Minister, HE Mr. Hassan Ali Khaire.

The new State Minister for Foreign Affairs and International Cooperation H.E. Mr. Balal Mohamed Osman and the Deputy Minister H.E. Mr. Mohamud Abdullahi Siraji will formally take over the duties of their offices within 24 hours.