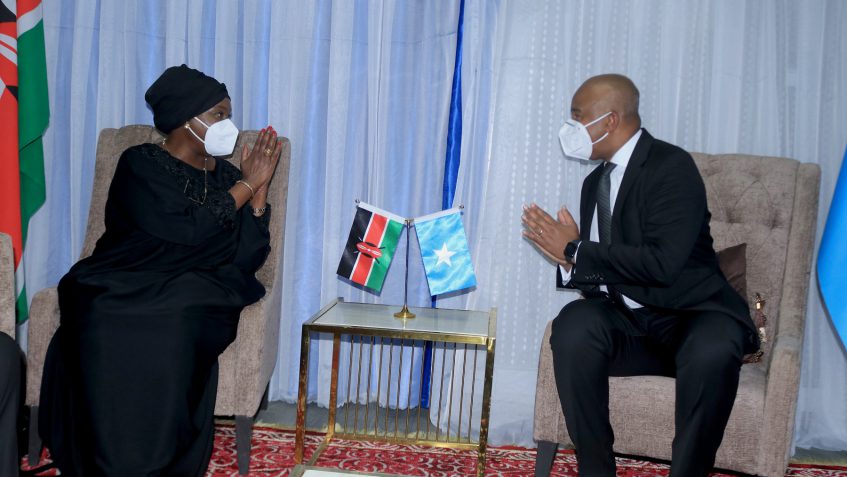 Mogadishu (MfaSomalia) – The Minister of Foreign Affairs and International Cooperation, H.E. Mr. Mohamed Abdirizak Mohamud, received on Sunday morning in the capital Mogadishu, the Cabinet Secretary for Foreign Affairs of the Republic of Kenya, H.E. Ms. Raychelle Omamo, after her arrival at Adam Abdulle International Airport, accompanied by a delegation, to discuss ways and mechanisms for strengthening bilateral relations and joint cooperation between the two neighboring countries.

The two ministers held bilateral talks on relations, and emphasized the importance of taking concrete measures to show respect for sovereignty, territorial integrity and political independence, which are the cornerstone of the relationship between the two countries.