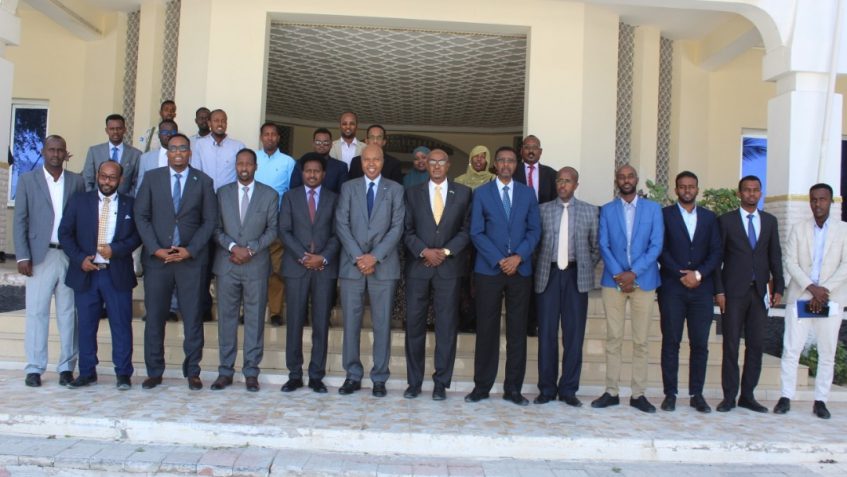 by mfa in News and Media Releases, Statements

Mogadishu (MfaSomalia) – The Minister of Foreign Affairs and International Cooperation, H.E. Mr. Mohamed Abdirizak Mohamud Abubakar, received on Wednesday in his office at the Ministry in the capital Mogadishu the Director General of the immigration and naturalization Directorate, Colonel Mahamed Aden Jimale (Koofi), and discussed with him the strengthening of the effective partnership in cooperation and coordination between the Ministry and the Directorate regarding the service of citizens and foreigners.

The Ministry of Foreign Affairs and International Cooperation takes the initiative, along with its national drive, to automate government services to relieve the burden of citizens in light of its strategy aimed at upgrading the level of its consular services and facilitating procedures, in a manner that contributes to the citizens’ access to these services easily and conveniently. The Ministry provides its services to Somalis and foreigners, whether inside the country or those residing outside it. 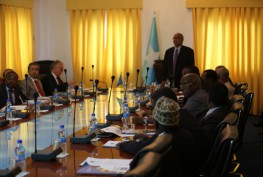 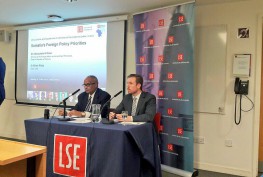