A joint release from the Federal Government and the United Nations

The President of Somalia, HE Hassan Sheikh Mohamud and Deputy Secretary General of the UN, HE Jan Eliasson today arrived in Istanbul ahead of the sixth Somali Compact High-Level Partnership Forum (HLPF) which starts on Tuesday 23 February in Istanbul.

The two-day meeting will review progress against the New Deal Compact for Somalia (the Somali Compact), which was first endorsed in Brussels in September 2013. The Somali Compact established a partnership based on mutual accountability and shared risk and responsibilities between Somalia, and international partners to guide Somalia’s political, security and development agenda.

Last year witnessed significant progress against the political, security and development agenda. The HLPF is expected to confirm its support for the Federal Government’s decision on the model for the 2016 electoral process, discuss the road map for universal suffrage elections in 2020, security reform, urge continued efforts on the redrafting of the federal constitution, and address urgent needs for tangible, on-the-ground development to ensure Somalia’s future peace and prosperity. 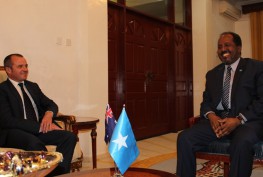 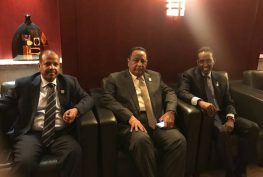 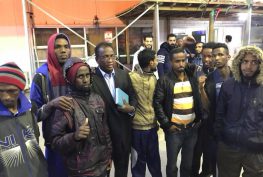 Somalia repatriates 13 of its nationals detained in Libya 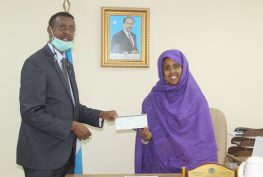 Permanent Secretary of the Ministry of Foreign Affairs hands over $ 50,000 financial contributions from OIC to the Minister of Health