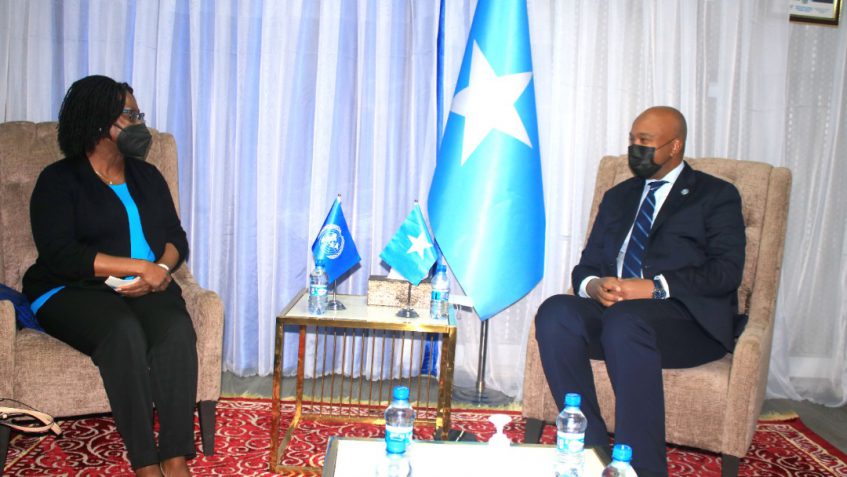 Mogadishu (MfaSomalia) –  The Minister of Foreign Affairs and International Cooperation, H.E. Mr. Mohamed Abdirizak Mohamud, received on Sunday in Mogadishu the Assistant Secretary-General of the United Nations for Africa in the Departments of Political and Peacebuilding Affairs and Peace Operations (DPPA-DPO), Ms. Martha Ama Akyaa Pobee, and discussed with her the political developments taking place in the country, the mechanisms of elections, the operations of the security forces and the army in establishing security and stability, and the importance of lifting the arms embargo imposed on Somalia since 1992.

The meeting focused on the latest developments in Somalia and the efforts of the Somali federal government in the political settlement of internal conflicts and the strengthening of the UN partnership in politics and basic services to achieve progress in the humanitarian, economic and security situations.