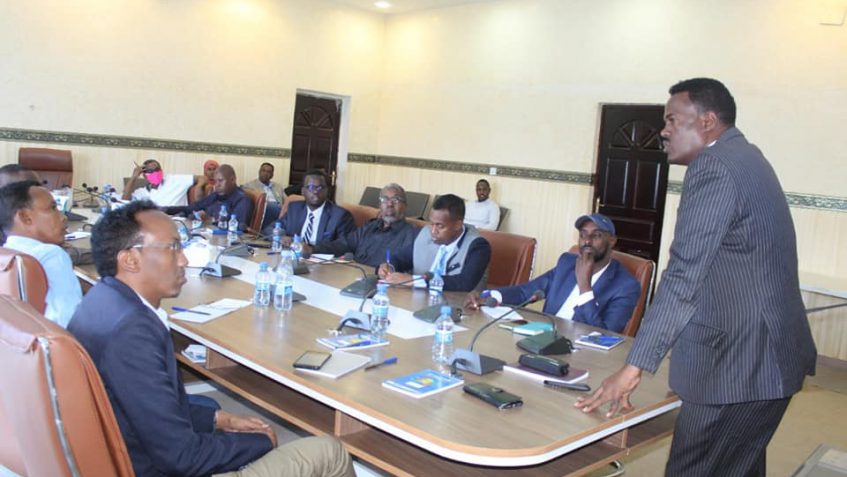 Mogadishu (MfaSomalia) – The Somali Diplomatic Institute launched a training program on Sunday at the Foreign Ministry building in the capital Mogadishu to enhance the capacity of the directors of the 17 departments of the Ministry of Foreign Affairs and International Cooperation on leadership and working as a team.

The new Director of the Diplomatic Institute, Mr. Abdiweli Hussein Hassan, said that the intensive training program will last for seven days to raise their leadership skills for directors of the Ministry of Foreign Affairs departments to implement effective strategic projects faster and more efficiently to develop important tight plans with political, security and economic dimensions for the country.

The Somali Diplomatic Institute has held four diplomatic training courses since its reopening on December 2, 2019, and has trained 64 government employees from the Ministry of Foreign Affairs, the Presidency and the Prime Minister, as well as the offices of the Speakers of the People’s House and the Senate of the Federal Parliament of Somalia.