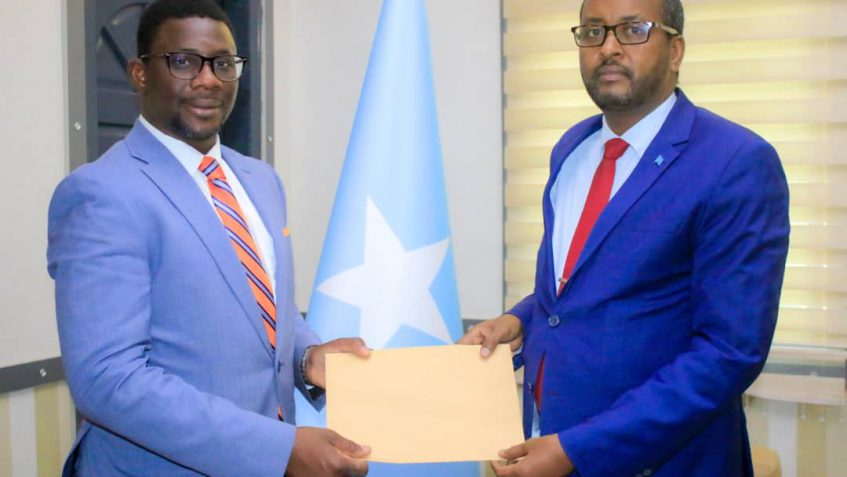 Mogadishu (MFA Somalia) – The Acting Foreign Minister and State Minister for Foreign Affairs and International Cooperation, H.E. Mr. Balal Mohamed Cusman, received today in his office at the Ministry in the capital, Mogadishu, the credentials of a new resident representative of the United Nations Population Fund (UNFPA) in the Federal Republic of Somalia, Mr. Niyi Ojuolape.During the reception, several issues were discussed, including strengthening collaboration between Somalia and the United Nations Population Fund and developing a strong and positive relationship by increasing the effectiveness of the UNFPA’s activities in the country, which contributes to achieving goals that go beyond humanitarian relief, which is improving the lives of citizens and the sustainability of work in the fields of health care and social support.

The reception ceremony for the new UNFPA representative was attended by the Director General of Protocol at the Ministry, Adv. Hersi Haji Olosow, and the Director of the International Organizations Department, Mr. Hassan Mohamed Ali.