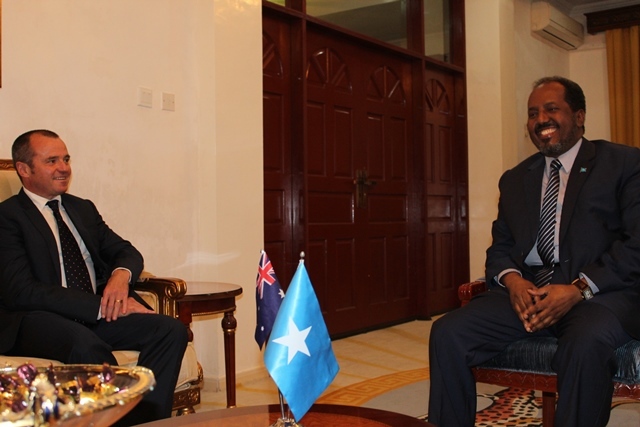 The President of the Federal Republic of Somalia, HE Hassan Sheikh Mohamud, today received credentials from the newly appointed Australian Ambassador to Somalia, Mr. John Feakes.

In the discussion following, the President highlighted both the challenges facing Somalia and the significant progress made in sectors like security, democratization, and federalism.

The President acknowledged Australia’s support for Somalia, especially the recent seizure of a vehicle carrying illegal weapons to Somalia, which was apprehended by an Australian frigate.

The President particularly highlighted the need for a national youth skill and job creation initiative that reduces young people’s vulnerability and provides them with skills they need to look after their families and contribute positively to the future of Somalia.

Ambassador Feakes congratulated the President and the Federal Government of Somalia for the progress made across Somalia in all sectors. He said Australia, and the rest of the world, are aware of the hardship and the challenges under which the Somali government is operating.

Ambassador Feakes thanked Somalia and the President for the warm reception, and promised to work on boosting the relationship between the two countries, ensuring ongoing development support to Somalia, including potential private sector investment and other initiatives. 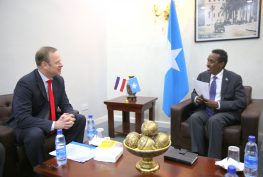 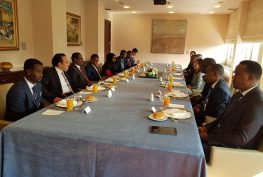 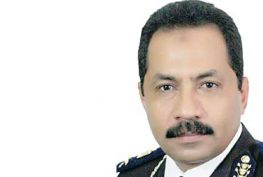